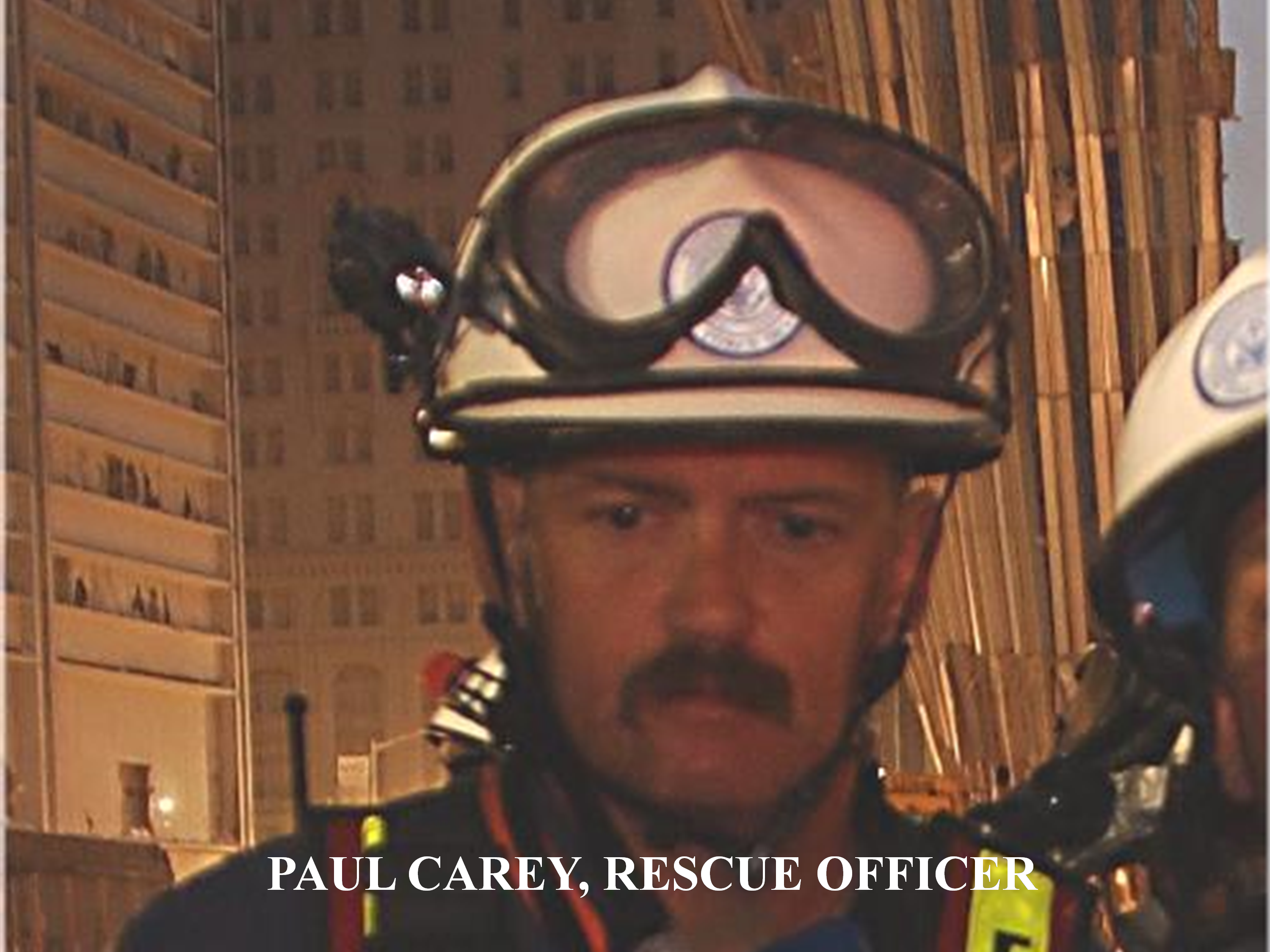 I deployed with MATF1 to the WTC as Rescue Squad D Officer and worked night shift. I remember the very emotional ride down the West Side Hwy on the bus and seeing throngs of New Yorkers cheering that outside help had arrived, and many were trying to hand us pictures of missing relatives and friends, and pleading with us to find them. Large signs were being held up saying thank you, God Bless you for coming, etc. many of us got choked up at this experience.

Upon seeing the enormity if the destruction, I was at first speechless, and I got very angry. I turned to my Squad and said “Somebody HAS to pay for this attack on us.”

To this day, it angers me when folks watching it on TV remark about how so many FFs could’ve avoided death if they had been able to hear the NYPD warnings before collapse. People several blocks away were killed!! There was so much devastation that we used GPS to locate the subway entrance several blocks south of GROUND ZERO, which resembled the end of the world. My mission was to recon the subway tracks in the tunnel and find a train, then search it. After a long journey North working back to the WTC we encountered structural beams from the Towers which had catapulted through the air, punched through the street, and were embedded like arrows through the tunnel roof and into the rail bed. Partial collapses were carefully navigated and Bernie the Engineer said when I asked his opinion about structural integrity replied “NOTHING looks safe.”

These scenes and dangerous missions continued for the next 7 days, and we were pissed when told to stand down and demobilize. I was secretly hoping to find my dozen or so very close friends/ FDNY Brothers, who I had been teaching with at the FDNY Academy just 4 days prior. When I had dinner with them up in the Bronx the Friday evening prior, and gave them farewell hugs, little did I know I would never see them again, and ironically be sent looking for them a few days later. Let us never forget that 343 Brother Firefighters, along with NYPD and PAPD members were brutally murdered that morning while executing the SINGLE LARGEST RESCUE OPERATION IN U.S. History, managing to safely evacuate possibly 30,000 civilians, according to some estimates.

Also, we must remember that the World has become the battlefield during this War on Terrorism, and we now have Special Ops Warriors operating in approx. 30 Countries, hunting down High Value Targets. This comforts me when I think of my anger upon arrival at Ground Zero on 911. Pray for our warriors as they exact revenge for that day, and covertly continue to disrupt many other Terror Plots on a daily basis. Never take your Freedom for granted , as people have spilled blood or died so that you and I may possess it.

One of the accomplishments that I am most proud of during my 31 year career in the Fire Service is my membership with MATF1, which is an extremely dedicated group of consummate Professionals who I consider it to be an honor and a privilege  being associated with.